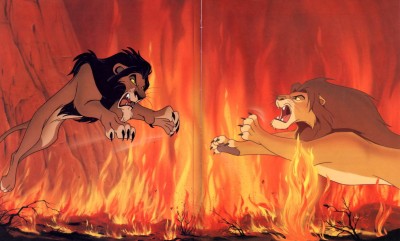 Disney movies are children’s most favorite movies in child hood. The category of these movies are related to the fun, fight, action, prince & princes, magic, witches, thrilled journey, rescue stories and many more. These are all the stuff which normally liked by the child. But the Disney are not all about fun, fairy tales, Cinderella or snow white stories. Most of the movies contain the horrific origins like bloody ending, vampires, fighting, dark life, cruelty and much more like that. Children’s are use to like terrible or horrifying stuff also their favorite scenes are more over like death, fighting, animals fighting, ghost and witches etc.  Check here the list of 10 Disney movies with Horrific Origins.

This movie release in 2009 and appreciated by the children’s as well as the youngsters. The story of this Disney movie based on the life experiences, journey and all the consequences which may be face by a person in his life. The character Carl Frederickson the popular character of this movie or we can say the movie is all about on the life of this man. In the start few minutes the back ground story was explained that the life journey start with love, marriage, desire of travelling and wish of child. Which broke due to an accident of miscarriage face by them and after that life goes on and his wife become ill and die. After that an old man of 78 years tries to fulfill his late wife desire and attach balloons with his house flew towards his journey.

9. The Fox and the Hound

This Disney movie is released in 1981. The story is about the fox cub named Tod and a dog Copper. The Tod’s mother left him in a farm and run after a little time all heard a voice of a gun fire. In the farm an owl comfort the Tod in the farm and a wood pecker inform him about his mother that she is no more but they do not have any clue about the murderer. After a little time Tod will be a friend of a dog named Copper and they play together in the woods. After some time it is noticed that Copper is the Amos’s dog who killed the Tod’s mother. Tod doesn’t have any evidence about the murderer of his mother. After some time Copper become a hunting dog and these two friends are against or enemies of each other.

This Disney movie is based on the story of Bambi a happy creature who love to play in the flowers and ice. It’s the story before the fire in the forest.  In the winter season Bambi’s mother is killed by the hunters in the forest and we can never forget the scene. when Bambi shouted in the forest for his mother but there is no one here to response him. Then, his father told him that his mother is no more with him.

The Lion King released in 1994, this story is about the cruelty, jealousy or hate of one brother towards the other one. In this story it is shown that one brother can do anything in the cost of fame, honor or to rule on the kingdom even he can kill his own blood relation. One brother Scar killed his own brother Musafa by throw him off from the hill and blame his nephew Simba. And send the hyenas to kill the Simba in the cost of murdered his uncle Musafa. Simba runs from there to save his life and Scar become the king. After a long time Simba returns to gives the punishment of his uncle’s deeds or take the revenge.

This Disney movie released in 1957, story is about a family and a dog. Travis Coates a man bring a dog at home and they all are in love with him. He is very close to every family member and a part of family or we can say he is everyone’s loved one. After some time he got a diseases called rabies. In which virus attack on the central nervous system of the dog and he becomes dangerous for everyone or he can hurt also his owner. Due to this Travis shoot his dearly loved dog.

The Little Horse Thieves released in 1976. The story of this Disney movie is based on the slaughterhouse where horses are slaughter. The labors who are working in the coal mines are finished their work and after that when no work is needed by the horses they send them in to the slaughterhouse. In this film the British coal mine owners mind approach explain like they hire horses for their work and after that they send them for slaughter.

4. The Hunchback of Notre Dame

The Hunchback of Notre Dame is released in 1996. The story of the movie is based on the Quasimodo story. A Judge Claude Frollo kills the mother of Quasimodo. Then he leaves her on the Notre Dame with the blood everywhere he comes closer to Quasimodo and try to throw this baby into the well.

Dragons layer Disney movie with horrific origin released in 1981. The story is about a brave young man killed a dragon that eats young girls. Actually this dragon is presented to a king who scarifies many human lives’ to get the power. The existence of the dragon interlink with the death of the king.

This Disney movie is released in 1985. The Black Cauldron Disney movie with horrific origin is based on the journey towards Taran. During the journey gang of friends face different terrible incidents fight with villains of undead person like skeleton. The story is full of black magic, horror and terrible things like villain killing person by cutting him into pieces and other stuff which make this movie horror and awful.

The Black hole Disney movie released in 1979, the story of this movie is based on a space. Perkins and his crew find a spaceship near the stable orbit having a rim of black hole the captain of this spaceship killed his crew and turned them into zombie. This is because he wants to know what’s next to this black hole. Due to this no one can escape from here and turned to end. This brings The Black Hole on 1st rank in 10 Disney movies with Horrific Origins list. 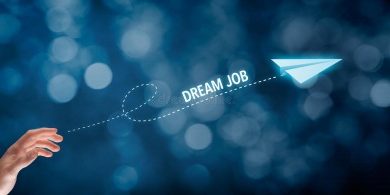 Top 10 Most In-Demand Jobs in USA 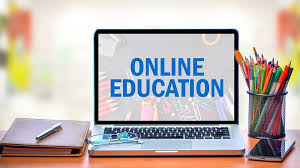